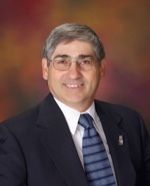 John Puscian is our Chief Actuary and a Member of Coe Administrators.

His expertise lie in the establishment and administration of both Defined Benefit and Defined Contribution Plans.Business Owners and Financial Advisors often fail to realize the power of a Defined Benefit Plan to their company or customers. The Defined Benefit accrual rate is so much more substantial than that of a standard 401(k) plan. This can have a drastic and favorable effect on the amount of retirement savings available to the participants...........not to mention the tax savings to the company.

This email address is being protected from spambots. You need JavaScript enabled to view it.